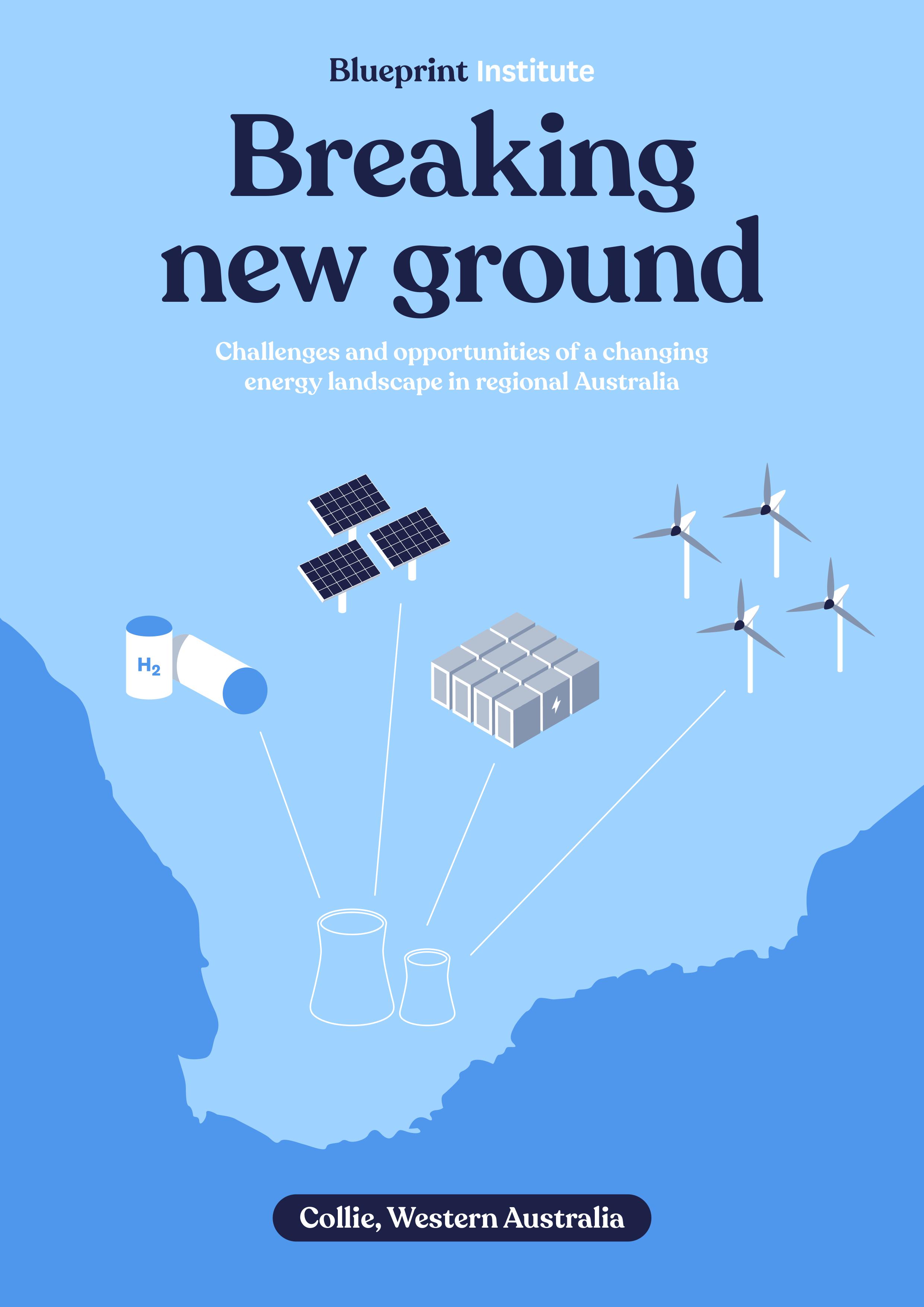 A new Blueprint institute series takes a deep dive into the regional realities of Australia’s shift to a clean energy future—and what that will mean for communities on the ground. Alongside the already released South-West Queensland paper, they examine Central Queensland, the Latrobe Valley of Victoria, the Central Coast of NSW, and the Collie region of WA. Across these five regions—home to all our remaining coal-fired generators, and most of our coal mines—Blueprint’s analysis finds that while opportunities are abundant (in renewable energy and more broadly), and significant prospective projects are underway, uncertainty caused by a lack of definitive policy direction is hampering their development.

While Western Australia’s Collie region lacks any confirmed upcoming renewable energy projects, the region has much to offer—both in energy generation and more broadly.

The lack of current projects is a stark reality check—government must do more to enable wider regional economic diversification in this community to capture its potential.

Expecting renewables alone to compensate for the stable, high-paying jobs that coal has provided is unrealistic. But importantly, our analysis finds that all of the regions studied are full of untapped potential that the clean energy economy, broad diversification, private investment, and targeted government backing in vital areas can unlock.

“The effort to build a prosperous future for Collie, built around clean energy, has received a massive boost with $550 million in new investment announced by the Western Australian government in June. But engagement with local stakeholders through institutions like our proposed coal adaptation authority is key to ensuring Collie’s economic future. Top-down handouts will simply not be effective,” said CEO David Cross

A detailed outline of the opportunities available to the Collie region is available in the full paper.