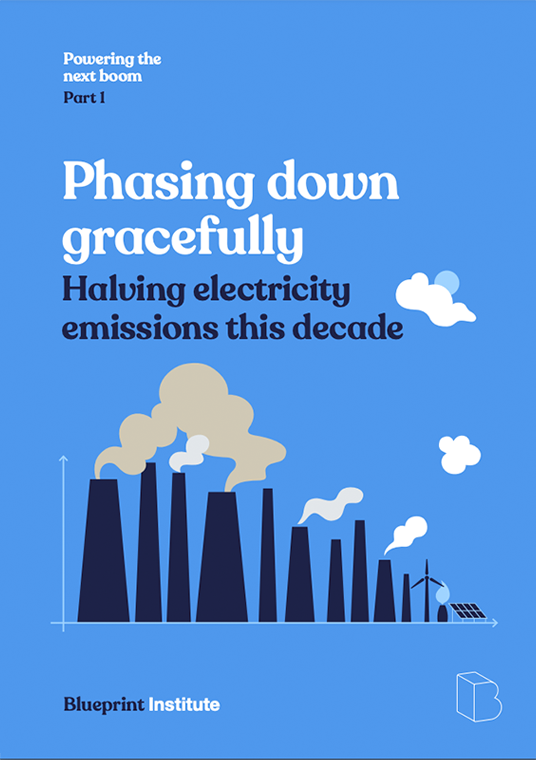 Net-zero is inevitable, by 2050 or even earlier. To get there, our economy will need to undergo a tremendous structural transformation. The longer we delay, the costlier it will be. Our 2030 emissions target is a critical milestone on the path to net-zero. Relying on the COVID-19 slowdown and uncoordinated state action only to fall short of our Paris target isn’t a promising start.

To begin the transformation, we should commit to halving emissions from coal-fired electricity this decade. Given the states are already committed to forcing renewables into the grid at record pace, we could very well reach our 2030 target without federal action. But this ad-hoc and scattershot process will be unnecessarily costly, and poses significant risks. One only needs to remember the debacles that were Port Augusta and Hazelwood—and imagine them on a national scale—to appreciate the threat we face. Failing to act risks supply shortfalls and price spikes.

We need national leadership to secure certainty for energy communities, workers, consumers, and investors around the inevitable phasedown of coal-fired generation. To that end, the Government should introduce the Coal-Generation Phasedown Mechanism (CPM), to be administered by the Clean Energy Regulator as with the Emissions Reduction Fund and Safeguard Mechanism.

The CPM has five components:

1. ANNOUNCE SECTORAL EMISSIONS TARGETS FOR 2026, 2028, AND BEYOND 2030. Under the Safeguard Mechanism, sectoral emissions caps can be applied to generators down to 50% by 2030 to drive participation in the CPM. A certain stepdown in coal generation would generate a clear market signal, pulling investment in renewables and firming into the grid in advance.

2. OFFER CONTRACTS ACROSS THE THREE TIMEFRAMES FOR EMISSIONS SUMMING TO THE TARGETS. Contracts for emissions (rather than electricity supply) for the three timeframes would be determined simultaneously, favouring less emissions-intensive plants. The contracts wouldn’t only cap emissions, but also guarantee a minimum electricity supply right up to contract expiration.

3. IMPLEMENT A SEALED-BID AUCTION SYSTEM FOR ALLOCATING THE CONTRACTS. Participants would submit their valuations for generating quantities of emissions for each timeframe. The auction system would then allocate contracts and determine relative prices to minimise economic costs, but could also accommodate other factors; e.g., geographic concentration.

4. IMPOSE MUTUAL OBLIGATIONS TO AFFECTED WORKERS UPON EXPIRY OF THE CONTRACTS. In order to participate in the CPM, generators would be required to offer redeployment opportunities for affected workers upon contract expiry. Where this is not possible, retraining and generous remuneration arrangements would be required.

5. ACCOMMODATE A GOVERNMENT FUNDING ALLOCATION (POSITIVE, ZERO, OR NEGATIVE). At one extreme, the CPM could generate revenue to be redirected to local communities. At the other, generators could be fully compensated for their lost profits, though this would come at considerable cost to taxpayers. The CPM can also accommodate any intermediate funding allocation.

What energy communities, workers, consumers, and investors have long desired is the certainty that comes from national leadership. It isn’t about ending coal-fired generation—the plummeting cost of renewables and state policies to push them into the grid have already made that decision. But the last thing anybody wants is an uncontrolled detonation. The Commonwealth’s role is to coordinate an orderly phasedown at minimum economic cost, and to ensure that cost is shared fairly. It’s time to step up.