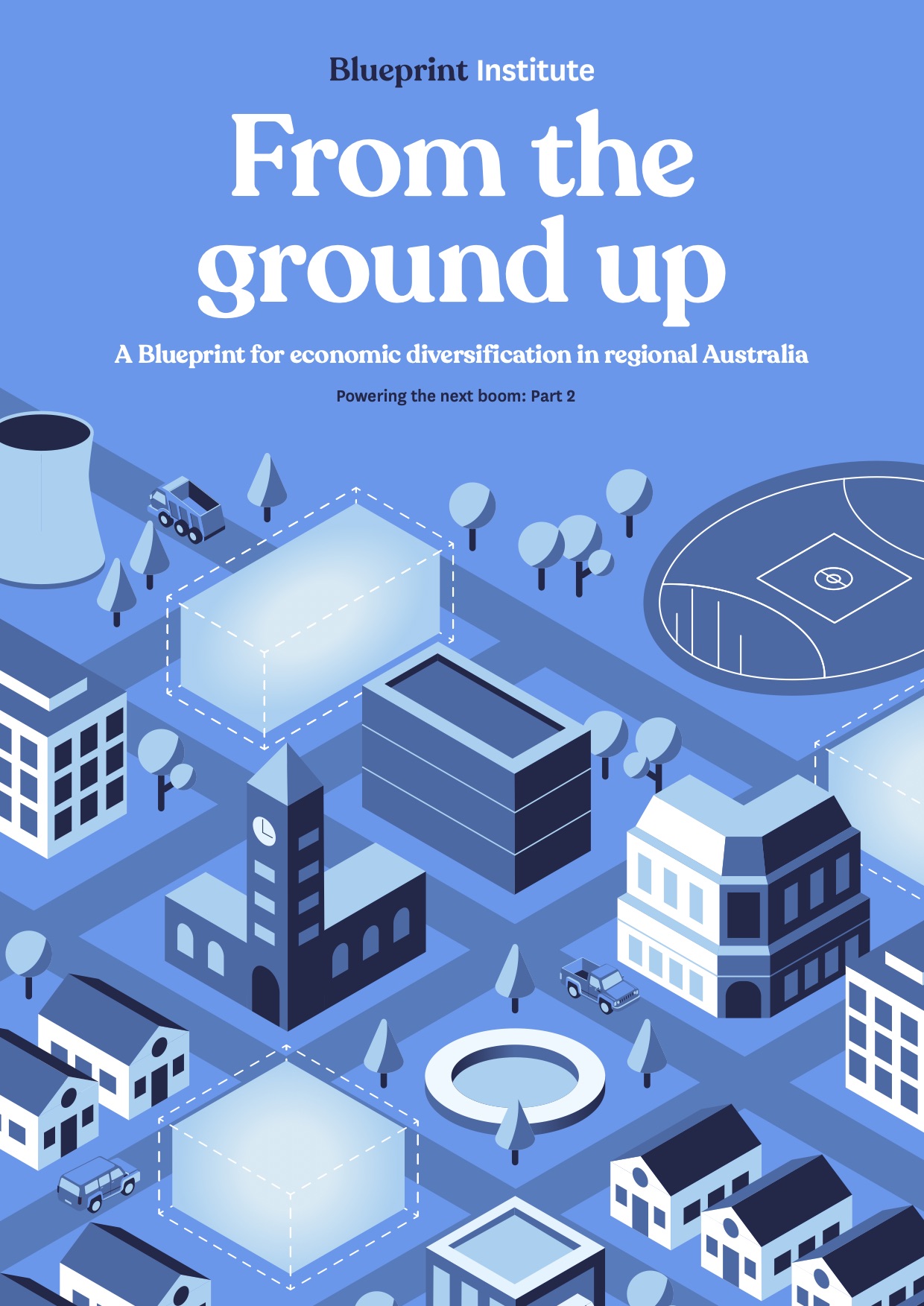 From the ground up: A Blueprint for economic diversification in regional Australia

Coal mining communities, and those that house our coal-fired generators, have long been the backbone of the Australian economy. These communities have supplied power to our homes, provided employment to millions of Australians, and brought foreign capital to our shores.

But in Australia, a massive change is already underway in our regions.

Coal-fired generators are rapidly closing—unviable in the face of competition from cheaper renewable sources of electricity. And globally, the days of insatiable demand for our coal exports are numbered. Though timelines vary by sector, and depend on dynamic global policy settings, jobs in these industries will not survive as the world shifts to a net-zero future.

It’s in no one’s interest to prop up industries that will inevitably fail. But the costs of decarbonisation should not be borne solely by the communities that rely on emissions-intensive industries. Over 50,000 Australian jobs depend directly on coal in the domestic and international market, along with another 120,000 indirectly tied to the industry.

Our Blueprint for regional Australia has three components. Australia must:

Establishing coal adaptation authorities, in regions which currently rely on coal mining or coal-fired generators to fuel their local economies, can empower regional Australians to deal with obstacles and seize the opportunities presented by a changing energy landscape. Serious funding can do justice to this effort. We propose providing authorities with $20 million of initial funding and five percent of ongoing coal royalties. With 10,000 workers across Australia at risk during the energy transition over the next decade, beginning to grow funds to support them and their communities represents prudent and cost- effective forward planning.

Developing a national coalfield and infrastructure renewal and repurpose strategy can ensure that regions can adapt and pivot toward new opportunities using their existing assets. Existing infrastructure should benefit communities economically and socially after mines and plants cease operations. Owners and operators must develop innovative regeneration plans for sites, with the Federal Government matching private investment to support adaptation. Other substantive opportunities for these regions exist, including via renewable energy zones, critical minerals, start-up incubators, and expanded finance and market access for regional carbon sequestration.

Well-designed income insurance, early retirement packages, and job search and retraining services have been shown to be powerful tools to drive gainful employment for those who have taken the brunt of a shifting energy market. Governments could mandate operators develop proactive plans for worker displacement, which could be coordinated by newly formed coal adaptation authorities. Short-term wage subsidies should also be available as a last resort. Critically important is the way in which these policies are introduced. Lessons from the success and failures of local and international examples are clear. Policies should be proactive—planned and implemented as early as possible. They should be coordinated—involving a wide range of impacted stakeholders. They should be targeted to local communities, rather than a one-size-fits-all approach. And finally they should be diversified—supporting both labour demand and supply, and multiplicative—drawing in private funding and kick-starting growth.