Blueprint Institute has put together a stellar line up of Australia’s top tax thinkers for a gripping discussion that is set to move the needle on tax reform in the country.

Secure your seat at the table today and join us for a two-course luncheon. 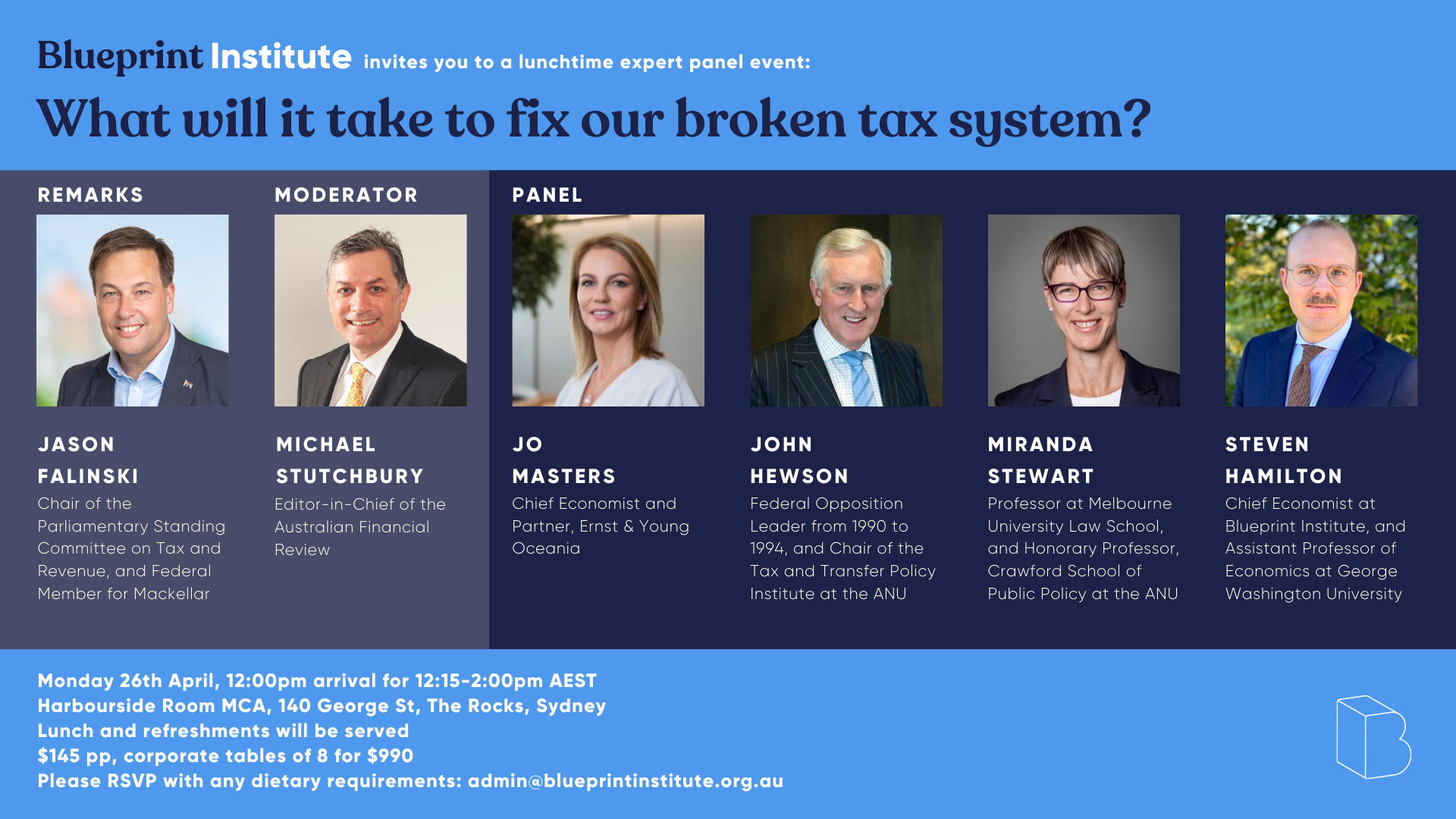 Why are we focusing on tax?

Australia hasn’t seen wholesale tax reform since the introduction of the GST more than two decades ago. Attempts at further tax reform have faltered out of the gate. Nevertheless, the need to overhaul our tax system grows every day.

The pandemic has presented Australia with many challenges. While we’ve managed it better than just about any other nation, it will leave us with more than a trillion dollars in public debt. To pay it down, rather than turn to self-defeating austerity, what we need is rapid economic growth. And new spending commitments on the NDIS, aged care, child care, and more will require us to raise much more revenue much more efficiently. Our existing tax system simply isn’t up to the task.

So, on the eve of the release of a new tax policy proposal by Blueprint Institute, we’ll ask: What will it take to fix our broken tax system?

Editor-in-Chief of the Australian Financial Review, Michael Stutchbury, will moderate a panel of the country’s top tax thinkers:

The Chair of the Parliamentary Standing Committee on Tax and Revenue, Jason Falinski MP, will offer some opening remarks. A Q&A session will follow the panel discussion.

The event will coincide with the launch of Blueprint Institute's latest report on tax reform.

Event: What will it take to fix our broken tax system?

A two-course lunch and refreshments will be served.

Please follow the Eventbrite link below to register and pay.

We look forward to seeing you there.