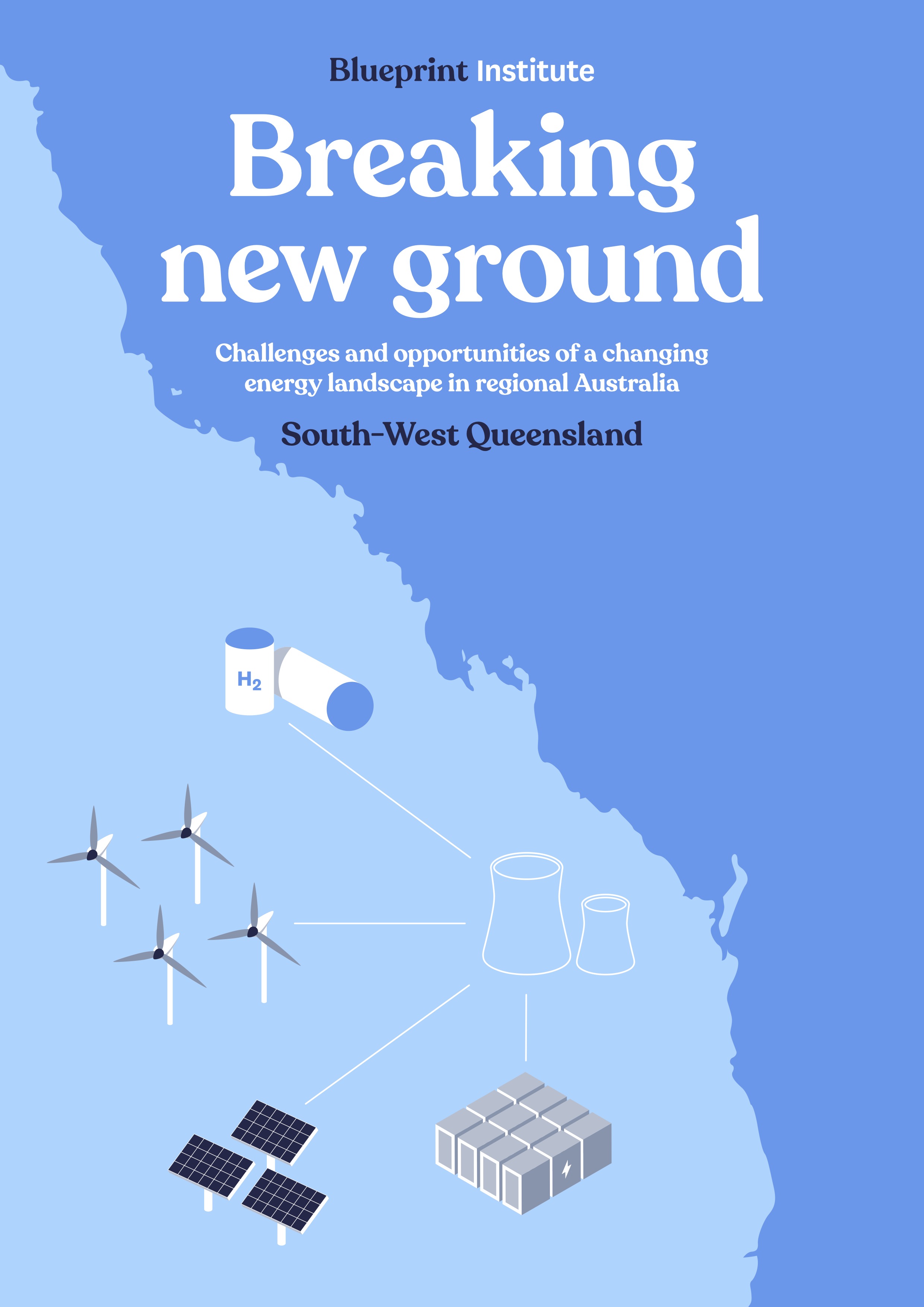 The emerging clean energy economy offers a window of opportunity for South-West Queensland. Capturing this potential requires a targeted and proactive policy approach that leverages the region’s entrenched advantages and lays the bedrock for sustained prosperity. Communities in South-West Queensland—including those which house our coal-fired generators—have long formed a cornerstone of our economy.

Yet, across the country, a massive change is already underway. Coal-fired generators are facing increased competition, with many set to close—unviable in the face of ever-cheaper renewable energy. And the days of insatiable global demand for our thermal coal exports are also numbered.

Such a shift should be met with optimism—not trepidation—in South-West Queensland. That’s because the region can prosper in the new energy economy. The only question is whether we have the courage and foresight to capitalise on these new opportunities.

Few nations share our combination of sunshine, wind, and access to financial and human capital. In addition, we possess an abundance of rare earth elements and critical minerals such as lithium—an essential input into the production of clean energy assets like batteries and critical technologies like computer chips.

Blueprint’s modelling indicates that approximately 6,200 new jobs in renewable energy projects will be created in South-West Queensland. Of these, nearly 1,000 are permanent, long-term positions. These are new jobs and drawn only from projects that are registered with the regulator, have commenced construction or clear construction dates, and clear funding routes.

Massive wind and solar resources have already attracted the state’s largest operational wind project, the 453MW Coopers Gap Wind Farm, and over 3,300MW committed or proposed in other projects. Workers from Tarong power station could help maintain the new Battery Energy Storage System nearby, while those at Kogan Creek could staff CS Energy’s neighbouring renewable hydrogen demonstration plant. Meanwhile, thousands of new jobs in critical minerals mining around Mount Isa will require skills similar to those already possessed by former coal miners. But to secure enduring prosperity in South-West Queensland, we cannot rely on renewable projects alone—many of the jobs they create are short-term construction jobs, with far fewer long-term stable jobs in maintenance and operations. The diversification of local employment beyond renewables—to areas such as clean industry development, critical minerals mining, auxiliary industries, as well as other emerging sectors—will be necessary to provide meaningful and stable employment to the area’s regional communities.

Lasting economic prosperity in the new energy economy is attainable in South-West Queensland, but it will require broad stakeholder collaboration, and in some cases, targeted government support. The policy required to ensure effective diversification of our regions can be found in Blueprint’s previous report—From the ground up. The report called for:

Opportunities for a prosperous future for South-West Queensland are there for the taking. Rather than bear the economic cost of our changing electricity grid, regional Australia can lead us into a new era of prosperity. Our polling shows that voters in South-West Queensland are demanding their leaders step up to the plate. We hope that this research helps policymakers to move fast and embrace these opportunities with confidence.